Investors, developers, engineering firms and grid operators are taking a deep look at utility scale battery storage. Here’s what you need to know.

What is Utility Scale Battery Storage?

Utility scale battery storage is universally agreed to be any type of battery storage with a capacity of “a few MWh (single digits) and upwards”. These batteries are typically collocated with distributed grid assets, transmission grid assets or localised commercial and industrial applications, and are designed to enable greater distribution and utilisation of renewable energy for when there is no generation or the grid is unable to use this power at the time it is generated.

Below: An distribution grid utility scale application of energy storage, in Oxford, UK. 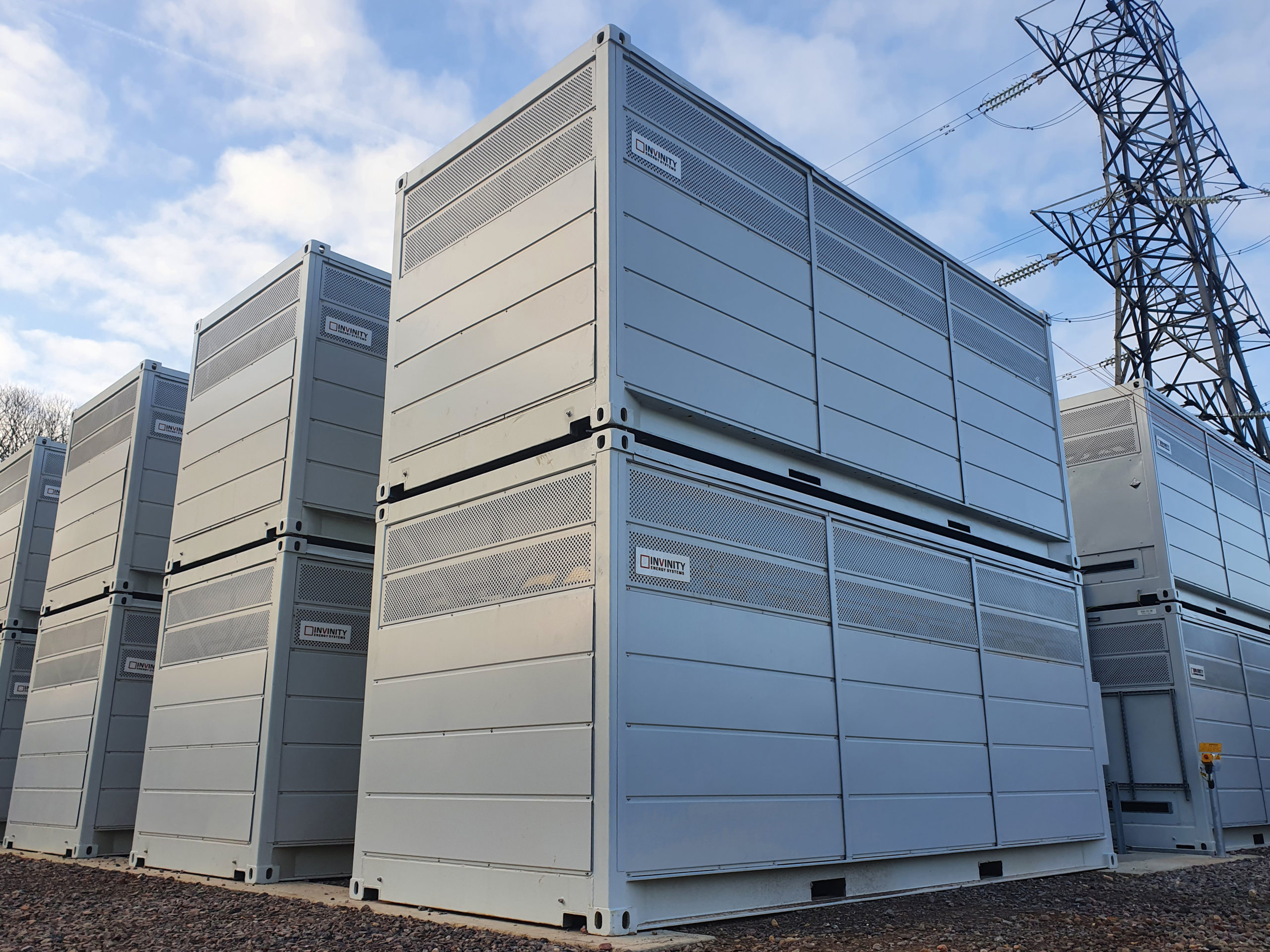 Why is it Important?

The intermittency of renewables requires a system that can increase their reliability as part of the world’s transition to Net Zero following the latest round of COP meetings in November 2021. As more and more renewables (solar, wind, tidal) are built, the requirement to not only provide continuous and stable power into the grid, or for the local application, becomes ever more important. By using utility scale battery storage alongside renewable generation, utilities, network operators and developers are better able to carry out wholesale market trading, reduce their price risk, and take advantage of ancillary services revenue.

What is Wholesale Market Trading?

Carried out by financial intermediaries, energy traders and large energy consumers, wholesale market trading is the bulk-buying of electricity (or gas) by energy suppliers from energy producers to resell on for a profit. These Energy Producers tend to be large scale utility companies operating non-renewable power stations which can provide energy on demand, day or night. Encouragingly, more and more renewable energy producers are entering the market, helping to reduce reliance on fossil-fuel generated energy, but in order to compete alongside existing fossil-fuel generated energy, they require utility scale battery storage to improve the dispatch rate of renewable energy. One such example is the Yadlamalka Energy Project.

The Yadlamalka Project is designed to unlock low-cost, low-emission energy for the Australian grid not only by solar PV generation during the day, but by dispatching excess solar PV generated energy that was stored in utility-scale vanadium flow batteries once the generating ability of the PV array has reduced at the end of each day. This transmission-scale asset enables the continued use of low-cost solar energy to be used for longer periods and during peak pricing hours on the Australian grid, enabling the operator of the site to generate significantly higher returns than just by using a solar PV array alone.

The ability to provide frequency response, or dynamic response, is a key feature of utility scale battery storage. As the world electrifies further through the increasing electrification of transport and the ever-increasing number of electric appliances in homes and businesses, the ability to balance a country’s grid continues to become more challenging. Infrastructure needs to be adapted to cope with the heightened demand, however the installation costs of transmission cables of an appropriate scale can have a prohibitive returns profile depending on the area and length of cable that is required. Adding utility scale battery storage to substations to create a distributed grid asset enables the local grid to manage increased loads without overloading the entire network. One such example is the Energy Superhub Oxford.

A 50 MW hybrid system, with Vanadium Flow Batteries working alongside Lithium-ion batteries, the Energy Superhub Oxford provides a balancing system for when higher demand is received that lowers the frequency of the local network. This higher demand is caused by further electrification of the transport network (buses, taxis, charging stations for EVs at Park and Ride facilities) as well as the installation of heat pumps in homes.

Utility-scale battery storage systems range in cost depending on the size of the system that is chosen and for what duration it has been designed. In order to work out how much such a system will cost, it needs to be modelled correctly and there are a number of important criteria that need to be taken into consideration. A useful model to calculate these costs is Levelised Cost of Storage (LCOS) which helps to break down the cost of a MWh of electricity discharged from a battery when accounting for all costs incurred, and energy produced, over the lifetime of the asset.

Some of the key battery storage cost drivers are:

As the leading utility scale battery storage manufacturer, our team has decades of experience working in commercial and grid scale energy storage applications. If you’re looking at alternatives for your own utility scale application, call today to get in touch with an expert.

Talk To An Expert