Oxford City Council has taken delivery of its first electric vehicles (EVs) as part of Energy Superhub Oxford (ESO), a world-first project showcasing an integrated approach to decarbonising power, heat and transport across the city.

Oxford City Council’s wholly-owned company, ODS, which operates like a social enterprise, has added six new EVs to its current fleet, with a further 27 (including cars, a street sweeper, excavator, and mix of different sized vans) due to be delivered over the next 3-4 months. It aims to electrify 25% of its 330 fleet by 2023.

“The Energy Superhub Oxford demonstrates the key role that flow batteries have to play in the decarbonisation of the world’s transport and electricity networks. Hybridised alongside conventional lithium-ion batteries, our vanadium flow batteries will add reliable, high-cycle count dispatch capabilities to the heart of one of the most exciting energy transition projects ever undertaken in the UK.”

Pivot Power is also developing the world’s largest ever hybrid energy storage system, comprising a 50MW lithium-ion battery and a 2MW vanadium redox flow battery, supplied by Invinity Energy Systems, which will share the grid connection with the private wire network. This hybrid system will combine the high-power capabilities of a lithium-ion battery with the heavy cycling, non-degrading characteristics of vanadium redox flow technology to create an innovative solution which will meet the complex demands of multiple energy applications.

“Pivot Power’s purpose is to accelerate the UK’s transition to a clean, electric future. The smart power network we are installing in Oxford will deliver flexible, reliable power at scale to fast-track EV adoption. As part of EDF Renewables UK, our aim is to replicate this model throughout the UK, supporting greater renewable generation and delivering power where and when it is needed to enable mass-scale, rapid electric vehicle charging.” 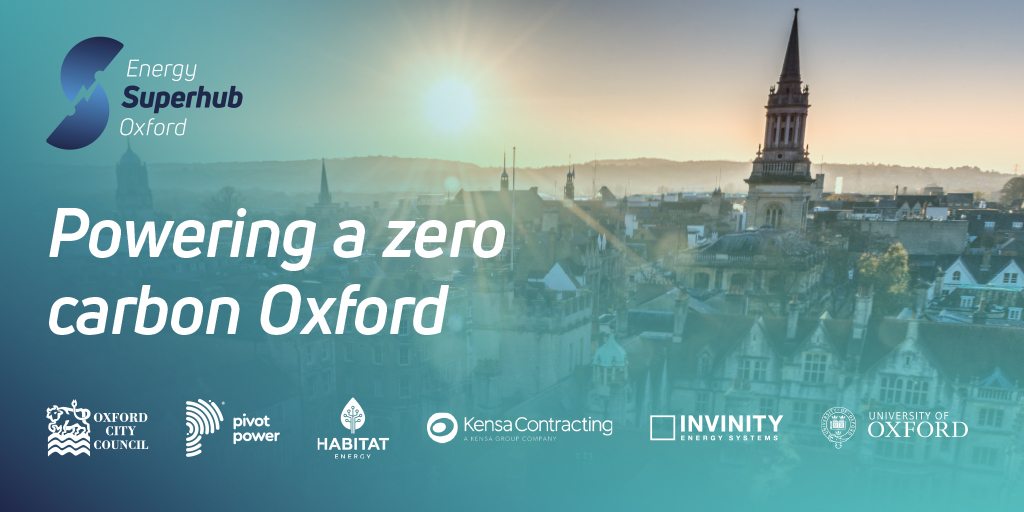