The fundamentals of VFB technology are not new, having been first developed in the late 1980s. In contrast to lithium-ion batteries which store electrochemical energy in solid forms of lithium, flow batteries use a liquid electrolyte instead, stored in large tanks. In VFBs, this electrolyte is composed of vanadium dissolved in a stable, non-flammable, water-based solution.

Vanadium is a non-toxic, widely-available metal that is typically used for making steel more ductile, strengthening titanium and even as a dietary supplement. Vanadium is produced globally, either from primary mining operations or by secondary processing of wastes from power generation or steel manufacturing. Significant vanadium reserves are present in the USA, Canada, China, Brazil and South Africa.

Inside the VFB, two separate tanks of vanadium electrolyte with different charges are connected to a central fuel cell stack.  Electrolyte from the tanks is pumped through the fuel cell stack, where an ion exchange occurs across a membrane. When this exchange occurs, a reversible electrochemical reaction takes place, allowing electrical energy to be stored and subsequently returned. The technology relies on the ability of vanadium to exist in four different oxidation states (V2+, V3+, V4+ and V5+), each of which holds a different electrical charge.

Invinity’s approach is novel in that we employ patented materials and cell structures within a fully-integrated turn-key product architecture. These technologies allow our products to achieve exceptional levels of reliability at competitive cost.

Inherent to Invinity’s VFB technology is the stability of the vanadium chemistry itself. Unlike technologies that rely on different elements to make up the positive and negative sides of the battery, vanadium’s ability to exist in different oxidation states allows VFBs to use that metal as both the positive and negative “couple” inside the battery cell. This eliminates many of the common modes by which traditional battery chemistries become contaminated and degrade over time.

Similarly, because the vanadium is dissolved in a stable, water-based solution, fire risk is dramatically mitigated in the VFB. Invinity has worked with leading fire safety experts to assess the risk a fire in or near our products. The results of that assessment: VFBs are substantially safer to operating personnel and first responders, as compared with other battery technologies. 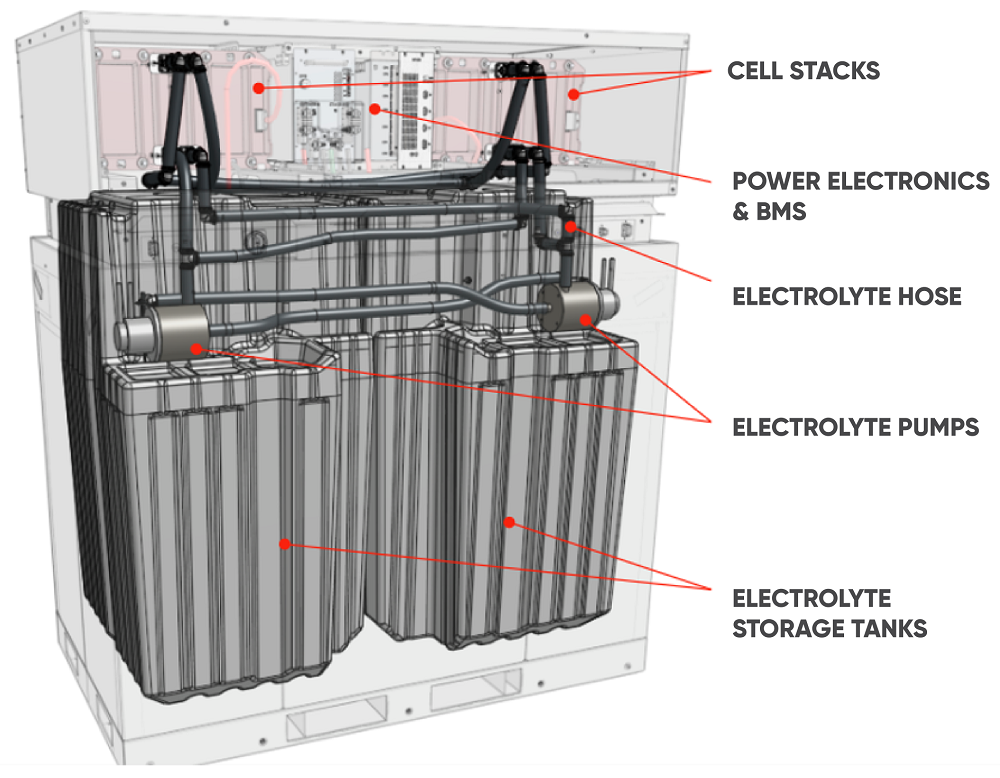 Finally, Invinity’s VFBs are shipped to site in a 100% complete turn-key configuration – a first for the industry. That means that every battery we ship, to every customer, has been built, tested and certified to stringent quality standards before it leaves the factory. This yields faster installation, lower commissioning costs and far more reliable performance in service.

Contact our team of energy storage experts today. We’ll be happy to discuss your storage requirements and help you assess whether vanadium flow batteries are right for your project.